Panchasalaka devoid of vedh (marriage nakshatra if it is in vedha from any other cruel etc. planet, then marriage should not be done in that nakshatra), Mrigashira, Hasta, Mool Anuradha, Magha, Rohini, Revati, Uttara and Swati, in these 11 constellations, except Rikta (04/9/14) and Amavasya, it is auspicious to marry on other dates and days.

For the prevention of past and future impurities of human life and for his outstanding personality, arrangements have been made in Indian culture for rituals. Generally, these rites are considered to be sixteen.

The purpose of rites is human development, purity, development of morality, personality formation, destruction of invisible obstacles and inauspicious forces and material prosperity.
In the Muhurtachintamani, about Jatkarma and Naamkaran muhurat on the birth of the person has been said that:

Muhurta is closely related to folk behavior. The analysis of many places proves that they are going on from time immemorial. At present, marriage ceremonies do not take place without muhurta. Grah aarambh & pravesh, sowing, harvesting, medicines, etc., are also not done without muhurta. Humans also do many other practical tasks according to the Muhurta. Not only the Vedic righteous, Lingayats and Jains also ask for Muhurta at every step. After we have a little astrology knowledge, there is a possibility of its gradual increase and one of the main reasons for its scientific existence till date is the need of Muhurta. 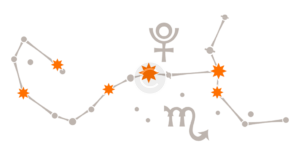